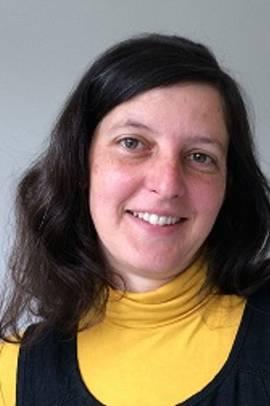 Chiara is a critical human geographer and scholar-activist, with a background in politics, sociology and planning. After graduating in Political Science (2001, State University of Milan), she obtained her PhD in Applied Sociology and Social Research Methods (2005, University of Milano-Bicocca, Italy), and a Postgraduate Certificate in European Spatial Planning (2006, University of Newcastle, UK). She has been a lecturer and researcher at the Cities and Social Justice Research Cluster, in the School of Geography, University of Leeds (2008-2015); City of Vienna Visiting Junior Professor at the Interdisciplinary Centre for Urban Culture and Public Space (SKuOR), TU Vienna (2009); and Teaching Fellow at the Faculty of Sociology, University of Milano-Bicocca (2005-2008) and the Faculty of Architecture and Society, Politecnico of Milan (2008-09). She is a member of the Steering Committee of the International Critical Geography Group and Fellow of the Royal Geographical Society (RGS), where she is affiliated to the Geography of Justice working group. Since 2006 she has been involved in a number of EU FP research programmes, and since 2013 she is co-chairing Working Group 5 (‘Urban agriculture metabolism’) within the EU funded COST Action “Urban Agriculture Europe”. As scholar-activist and engaged citizen she has been involved in and/or has helped establishing a number of food sovereignty/food policy initiatives, such as the Leeds based Edible Public Space, Tinwolf-LandShare, Leeds Urban Harvest and Public Healing Garden among others, and she is a member of the Reclaim the Fields pan-European constellation. Recent key publications are: Tornaghi C. (2014), Critical Geography of Urban Agriculture, in Progress in Human Geography, 38 (4), 551–567 and contributions to a special issue on Political Gardening as co-editor (with Chiara Certomà) and as co-author (with Barbara Van Dyck).

Cities have historically been places where proximity, cultural diversity and mutual exchange have brought opportunities for social innovation and emancipation. However, the urban condition has also progressively become associated to unsustainable consumption practices, the greatest historical disconnection from the food system, and ongoing exploitation of humans and natural resources. This is locking both, urbanites and farmers elsewhere, into a pervasive dependency from a socio-ecologically unjust food system. My research aims to contribute to building an alternative urbanism inspired by the principles of agroecology, resource sovereignty and global justice. To this end my work revolves around political ecology, grassroots pedagogy, insurgent planning, urban commons, and food sovereignty and justice movements. As a scholar-activist I aim to support communities to develop alternative urban agro-ecological environments.